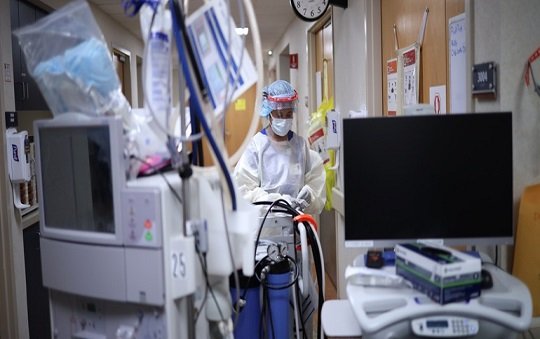 The update comes as hospitalization rates in the U.S. are finally trending downward after a summer surge

The delta variant helped fuel the rise in cases, hospitalizations and deaths this summer even though vaccinations became readily available to many Americans. The variant grabbed hold in areas with low vaccinations rates, frustrating providers who had to again scale back non-emergency procedures amid staffing challenges.

As of Tuesday, hospitalizations in the U.S. are down 16% over the past two weeks, according to the 14-day average from data compiled by The New York Times.

The U.S. reached a turning point in this year's summer surge earlier this month, according to the seven-day averages. The average hospitalizations reached a peak on Sept. 3, started to decline the next day and have been trending down ever since, according to data compiled by the Times.